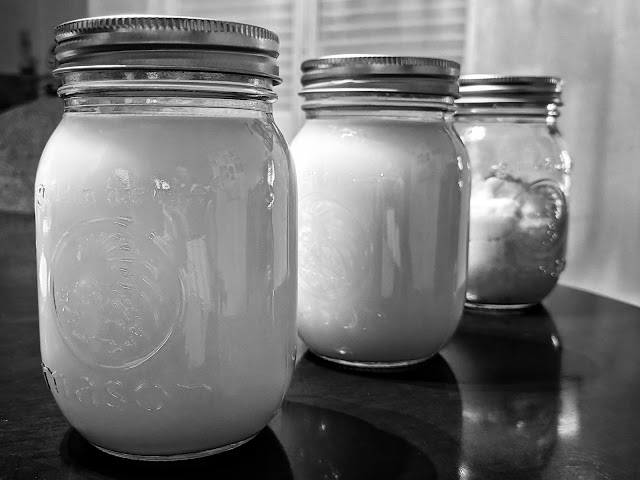 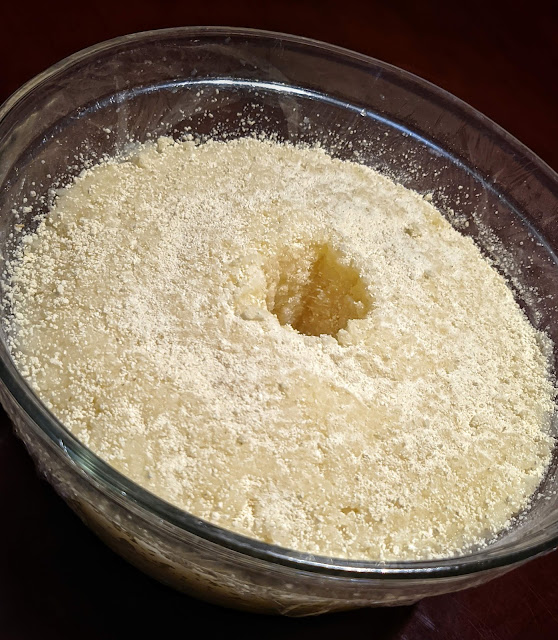 Day 1.  Mixed the rice (cooked and in room temperature) with the yeast ball and laid the rice mixture in a glass bowl.  Made a hole in the middle for the ease of observation.   Covered the bowl with the food wrapper. 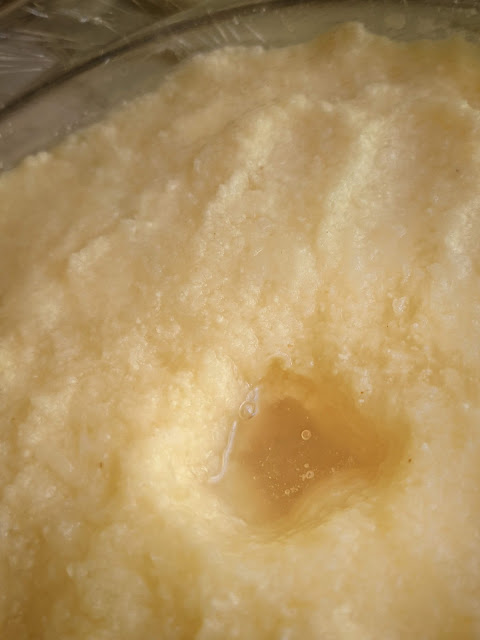 Day 2.  The hole was filled with liquid.  A good sign. 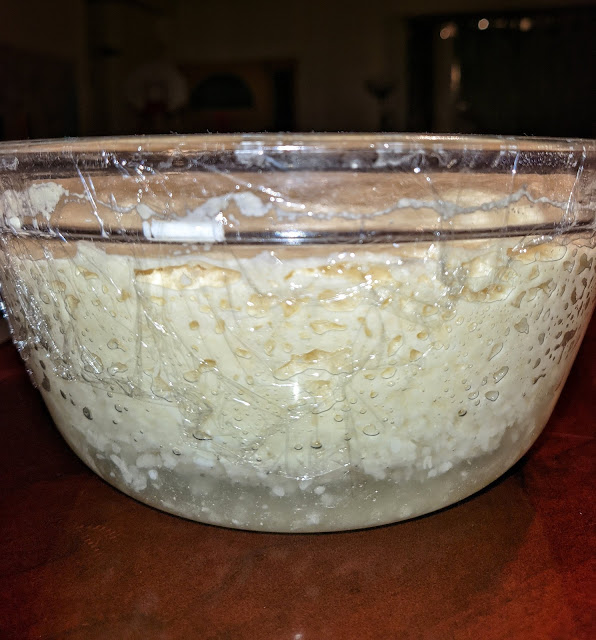 Day 3.  The rice floated on top of the liquid. 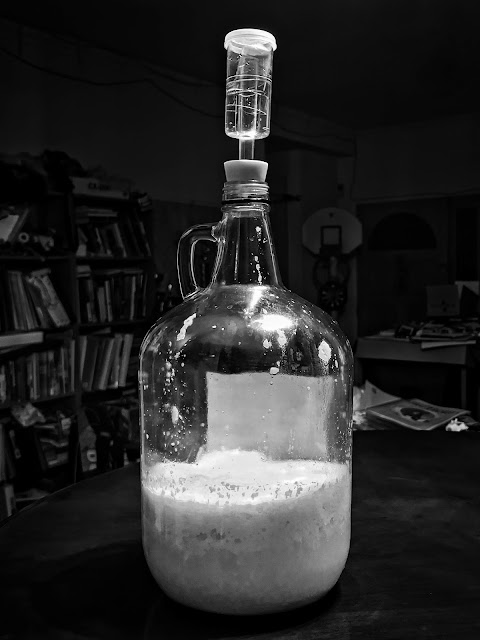 Day 4.  I transferred the mixture into a jug.  Covered the jug with an airlock. 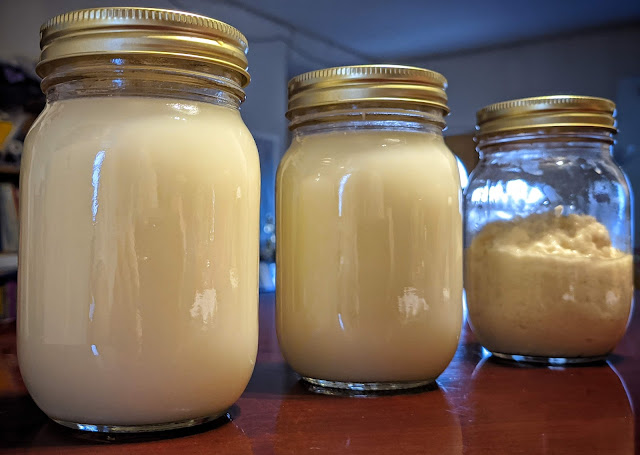 Day 11, the rice wine was finally ready.  I filtered out the fermented rice which was stored in a mason jar.  The rice wine was then stored in two different 500ml mason jars.  After that, I steamed the 2 mason jars for 20 minutes.  When the jars cooled down, I stored them in the fridge.
I have been making red wine from the store bought grape juice at home for years.  My co-workers constantly joked that I was making moonshine.  I don't care; it's inexpensive to make and fun to do.  I'll blog about that next time.
Two weeks ago, I was in a local Asian supermarket and ran into the yeast balls.  I'd been long for trying to make rice wine.  So, I bought a package, and the journey began.
Before that, I researched about how the yeast balls worked.  Expectedly, the science behind them was beyond my comprehension.  In a nut shell, the yeast balls have two functions: during the rice wine making process, the yeast balls first break the starches into sugar, then sugar into carbon dioxide and ethanol (or alcohol). Carbon dioxide would escape into the air, the liquid would be the rice wine and the sediment would be the fermented rice.

Enough with the research, here came the fun part.  I measured 2 cups of glutinous rice, washed them throughly.  Instead of soaking them for hours or over night then steaming them, I cooked them in a rice cooker.  When the rice was done, I rinsed it with cold tap water.  Then, I took out two yeast balls, crushed them into powder, mixed them with the rice.  In retrospect, I should have used only one yeast ball or less.  After that, I laid the rice mixture in a glass bowl, added some filtered water and made a hole in the middle.  The hole was for me to observe if there was any wine in the making.  Sure enough, I could see some liquid in the hole 24 hours later; I was very excited.

By the 3rd day, I could see a lot of liquid at the bottom of the bowl.  I knew the second stage of the rice wine making process was about to begin.  On the 4th day, I transferred the rice mixture into an empty one-gallon jug, which had been laying around in my house, and topped that jug with an airlock.  Apparently, the jug was bigger than it should.  Regardless, in the next few days, I could see the bubbling in the jug and the airlock was going up and down.  11 days later, the airlock was almost motionless, like moving once a minute.  From my past experience of making moonshine, I knew my rice wine was ready.

I filtered out the fermented rice, stored it in a mason jar and stored the jar in the fridge.  I'll use the fermented rice to make the Egg Drop Soup again in the future.  I then poured the rice wine into two different mason jars.  After that, I steamed the mason jars for about 20 minutes.  Viola, my first home-made sweet rice wine.

Last but not least, one last reminder: during the rice wine making process or any wine making process, all the equipments, for example, the bowl, jug, spoon, mason jars, etc, need to be sterilized throughly.  I did it with pouring boiling water on them before use.  Otherwise, if a tiny bit of bad bacterial gets into the fermented rice, it would spoil the whole bunch.