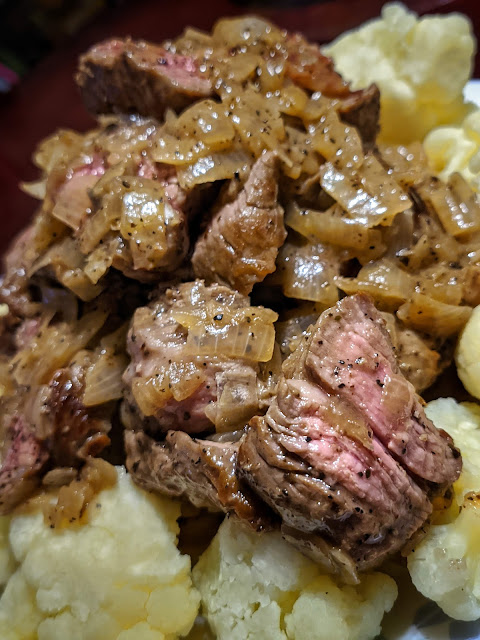 I bought some Beef Loin Tri Tip Steak from Costco today, was thinking to pan fry some steaks, but decided to make Black Pepper Beef in the last minute.  I went a little too far with the black pepper; fortunately, it turned out fine.  Also, I realized I didn't have broccoli, so, I used cauliflower instead.  The color wasn't the greatest, but, the Black Pepper Beef tasted awesome.

I mainly followed the recipe from James's video (the 1st video), but, it was Chinese-only and didn't have caption.  I included a second one below for non-Chinese speakers.  It wasn't the same, but, looked good too.