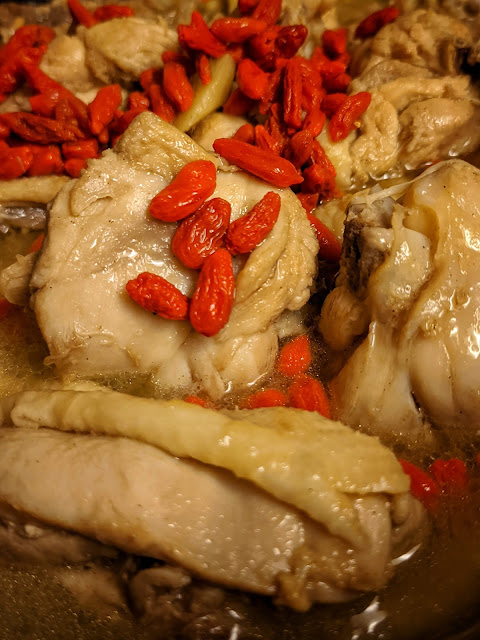 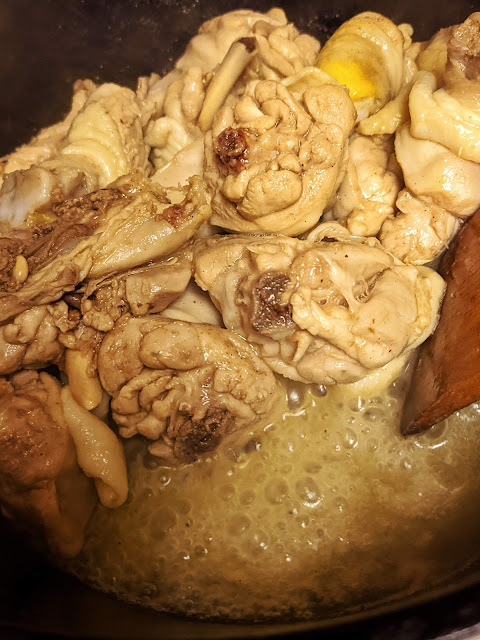 Taiwanese Sesame Oil Chicken, not to be confused with the Sesame Chicken, is a popular dish in Taiwan especially for new moms and during the Winter.  It's made of chicken, sesame oil and Taiwanese rice wine.  I used a recipe from a youtube video which also used goji berries.  That was a Chinese-only video though.  For non-Chinese speakers, I also included a second video which was close to how I made it.

Because I used the cooking rice wine which contained a little salt already, I didn't use any salt at all for this dish.   Additionally, because of its low alcohol content, my dish didn't flame up as in the video.  Last but not least, I used my cast iron the whole time without the need to switch from a wok to a pot.  Despite all that, the soup was surprisingly yummy and it warmed up my whole body.  Nice!